New swag is available now! Stop by the brewpub to pick up your supreme Beat Them stickers and BEAT THEM BREWING CO. hats, which are guaranteed to make beer great again. Fill your growler, too! 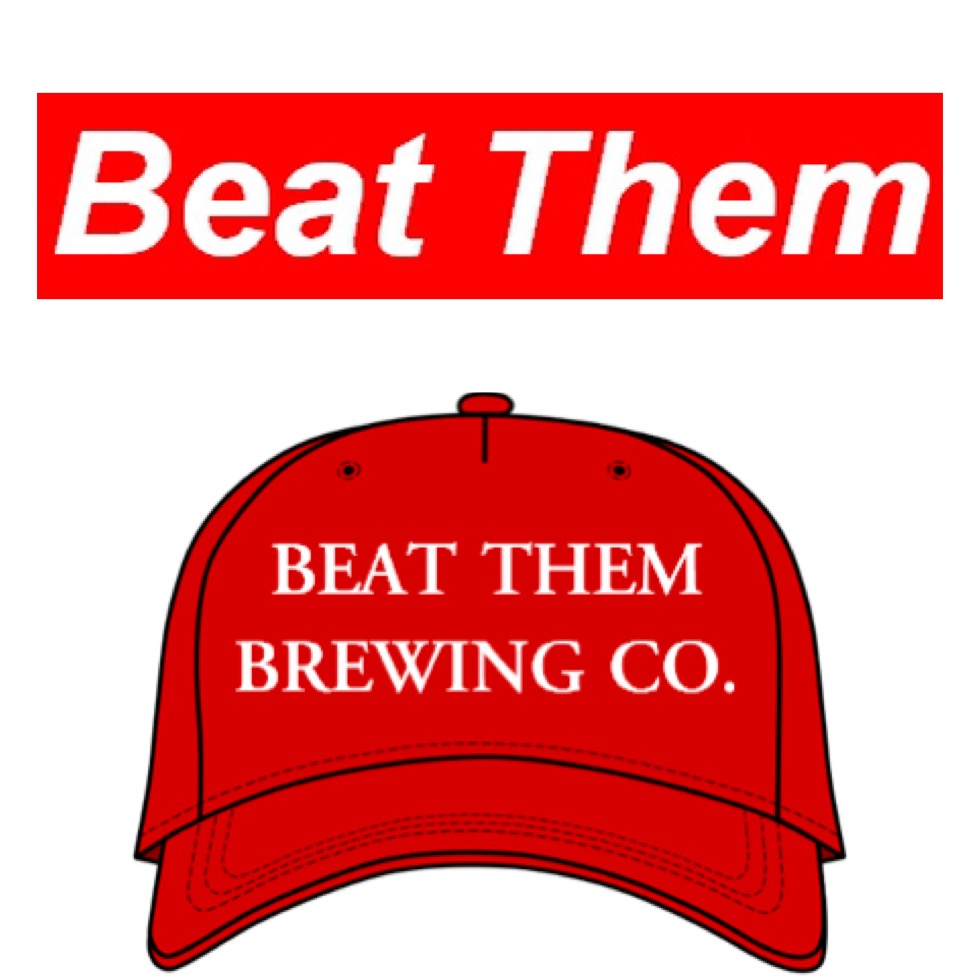 Beat Them Brewing Company is a nonprofit entity. (Not an official status, but we really haven’t made a penny from this. In fact, it’s costing us dearly.) In order to keep producing quality ales and lagers, we need your help. So, if you see one of us, slip us a sawbuck. Every cent we collect goes straight back into the company. We’ll also accept empty beer bottles and iTunes gift cards.

If charitable giving isn’t your thing (Shame on you!), then consider shopping for Beat Them Brewing Co. merchandise online. Remember: Nothing says, “I don’t know you well enough to buy you something useful,” like a gift from Beat Them. A complete list of available products is below.

$40 each – Quantity: 1
Dark Side of the Wheat: A dunkelweisen brewed two days after Christmas 2013. Relive that glorious holiday season with this German-style dark wheat beer. Pairs well with leftover fruitcakes from any year. 6% abv. 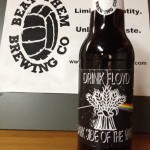 $41 each – Quantity: 1
Beat Them Brewing Co. magnet: Show your support for your favorite brewery or cover a rust spot on your Dodge minivan with this attractive decal. Adheres to most automobile brands and refrigerator doors. 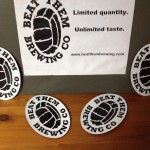 $12 each or 2 for $25 – Quantity: 4 (Used magnets are also available, but not until after the next volleyball practice at Central Jersey Volleyball Academy.)
To order authentic Beat Them Brewing Co. merchandise, e-mail your request (indicate size and quantity) to david@beatthembrewing.com.

Beat Them Brewing Co. accepts cash (U.S. currency only). Payments must be made under cover of darkness beneath the old elm tree. (You know the one.) All sales are final. 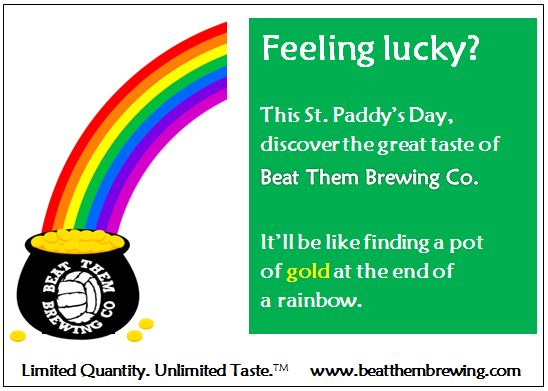 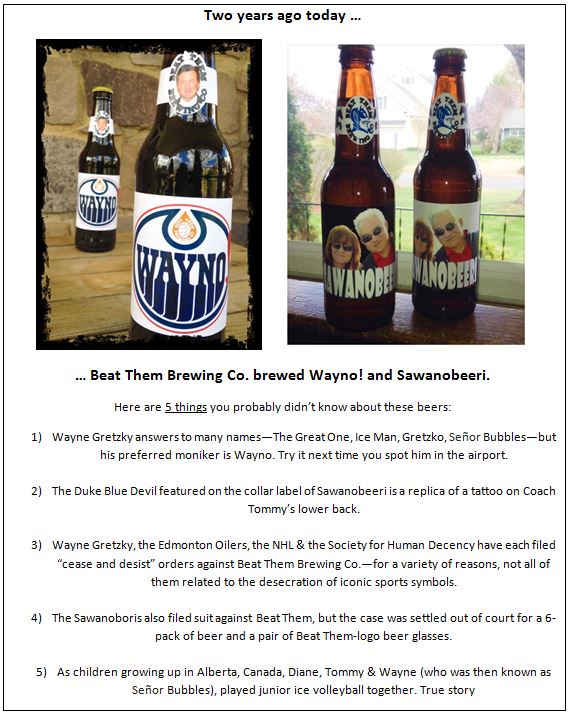 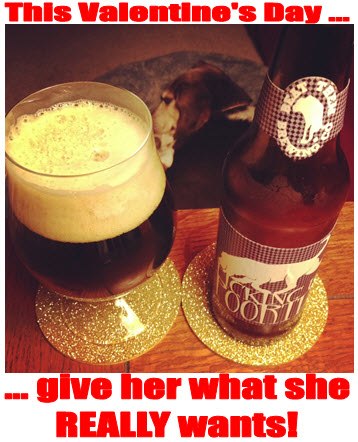 Check out the PDF below to learn more about historical events that occurred on March 31, including the founding of Beat Them Brewing Co.

The Beat Them Brewing Co. racing team captures the Gold Medal in the most obscure category of the annual Turkey Trot 5K in Flemington, NJ. Also, they lied about their ages to qualify. We are all very proud/ashamed of them.

Improve your celebrity-stalking skills with this short quiz from Beat Them Brewing Co.

A trippy new beer from Beat Them Brewing Co.

9 DAY IPA: DON’T EVEN TRY TO LEAVE THE STATE

Here is a preview of the new Beat Them Brewing Co. ad campaign. Tune in during halftime at the Super Bowl for more.

BEAT THEM is featured in this video about homebrewing from MyCentralJersey.com. Below the photo is the article that accompanies the video.

A SERIES OF COMMERCIALS FOR QUEEN ANDREA’S REVENGE & LAST CALL!

BLACK RAGE BACON BREW: DOES IT OR DOESN’T IT CONTAIN BACON?

THE MAKING OF BLACK RAGE STOUT

THE MAKING OF 10 DAY IPA & PICKING UP POORTER

Here is a preview of the upcoming film, BEAT THEM BREWS AGAIN (aka Bacon Brew & 50IPA)

BEAT BART BECKER BREWING: A side project of Beat Them Brewing Co. All proceeds benefit Volunbeers-in-Mission. (Click on the photo below to watch an exciting video about “The Magic of BEER.”) 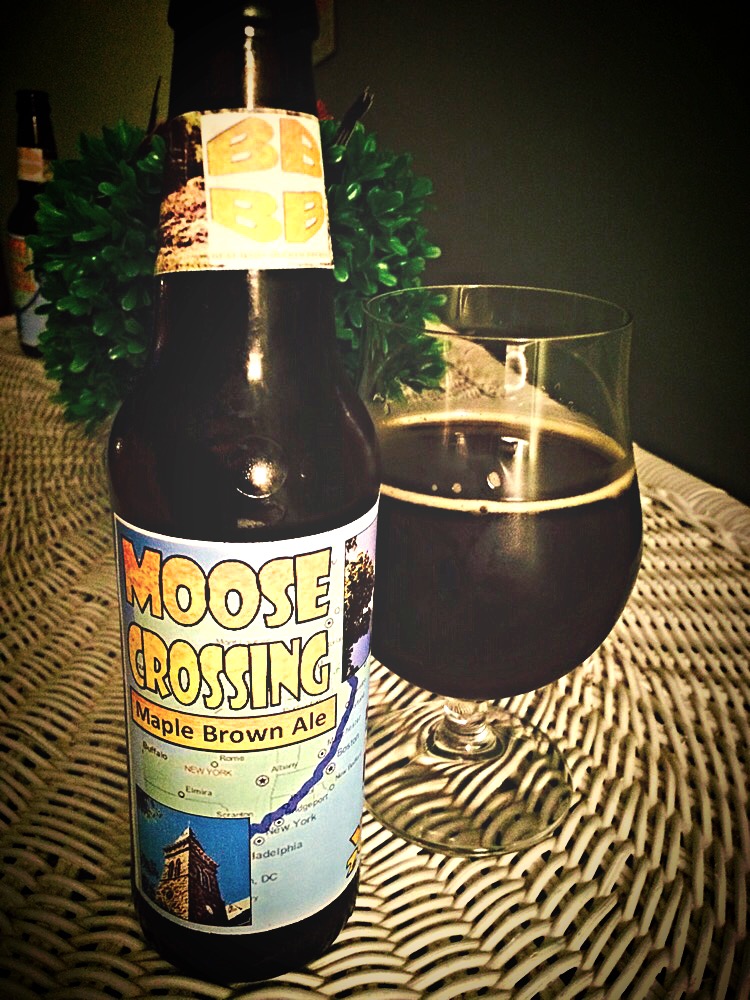